Today would have been my Camille's eight birthday. I was a fairly peaceful and low key day for us. We celebrated with family and cake and released a few balloons. We really enjoyed our Cami Kindness week. I kinda wish my kids would keep that up all year long because they really do step up their game and are kinder to others that week. 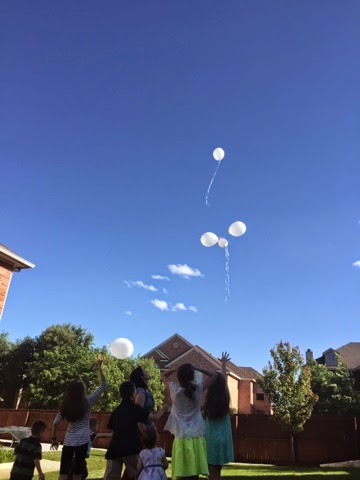 The reason our birthday celebration for Camille was more low key this year was because we are in the middle of a move. I really wanted to do something big to celebrate Camille's 8th and I think the move is a celebration all its own.

about 7 months ago, I told my friend in the ward who is a real estate agent what my ideal house looked like and asked her to keep an eye out for one that might fit that description. We were not necessarily looking to move. Our house was suitable for our needs in many ways. Still I felt limited in how much I could entertain in our current home and there were a few other features I wanted in a home. I didn't think there was a home already built that would fit what I wanted. I thought I would have to build to get that. But I asked her to let me know if she saw anything I might like.

She dropped off a brochure of some new homes going up near me. I stopped by and loved them. Jon did NOT love them. Jonathan did not want to buy new. So we looked at homes that were already built one day several months later. Every house we entered I said, "No. I would have to gut this and start over." I didn't want to live in a construction zone.

We kept casually looking over the next couple of months. It was more of a fun hobby than a serious pursuit. Through prayer Jon and I came to a sort of compromise. I just had a feeling that if there was an already built house out there that was right for us, we would know it when we saw it.

So in January we went looking at a couple of homes on the list of available homes that had been there for a while but just seemed a bit out of our price range. They had been on the market for several months though which we hoped meant the sellers would be willing to negotiate on price.

We walked into our new house and after I looked at the entry and kitchen I said, "I actually don't have this house." It was a first for me in already built homes we had seen. Then after looking at the mudroom and laundry room I thought, "Geez. This is just how I would lay out a house if I were building it. Someone really thought about the layout of this home."

Jon was exploring upstairs during this time. I eventually got to the rest of the house and it just felt like US. It felt like "the" house. Jon and I got together and both said, "This could work." Still it was listed pretty high and we weren't sure how we could afford it. We both kinda felt, "right house, wrong timing." It would have been much easier to afford in, say, a year.

Just to be sure the next weekend we had our agent take us to ALL the available homes in the area that sort of fit our needs. We wanted to make sure that this was the best and see how hard it would be to find another home we loved. We saw about 12 homes. We loved one of the other homes. It had some features we liked even better than the house we are buying but it was only 4 bedrooms, didn't have a gas cooktop, and the yard didn't really compare. Most importantly it didn't have that feeling of HOME that our new house had.

We made a lowball offer because we felt the home was very overpriced. Another couple also made an offer the same weekend. We put forward our best bid which was still pretty low. We didn't want to get in a bidding war. We prayed about it and felt fine about letting it go. The other couple had their offer accepted.

We kept looking after this and didn't really see anything we liked. We both felt a little sad not to get the house but we also felt as peace about it. It is hard to describe but the house kinda felt like ours and we both just had a feeling that somehow things would one day work out to make it ours. Still in light of the fact that it was under contract, we started fixing up our current house to make it nicer to live in and started to look more seriously into building.

We found some lots we really liked but running the numbers we found that building would be far more expensive than if we had paid list price for that house. We kinda just put the idea of moving on the back burner again and focused on fixing up our current home.

Then one day I got an email from my agent showing that the house was "Back on the Market." I called her immediately. Neither Jon nor I was surprised. We made another offer higher than our last one. The seller countered at $10,000 above our offer. We didn't really want to go up. They refused to come down any further. So we sat in a stalemate for a weekend.

That whole weekend we thought and prayed and studied out numbers etc. Finally we just thought, "are we really gonna let $10,000 make us lose this house?" After all, building would be so much more expensive. So we relented and went under contract on the house.

We move in this week and I am so glad we made the decision to buy it. It feels so right. I have felt Camille's hand in this process in ways I can't really describe. This would have been her 8th birthday. Soon after she would have been "reborn" through baptism. In a ways I feel like our family is going through a rebirth as we move into this new home. It will be a fresh start for us in many ways. I can't think of a better way to celebrate her Eighth. 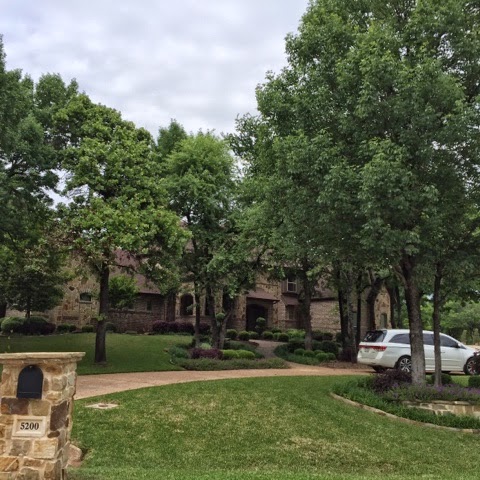