I have not been sleeping well. Partly because I am just a crazy insomniac. But also because my little Harrison is getting some new teeth. His top two teeth are just about to burst out of his swollen and sore gums. 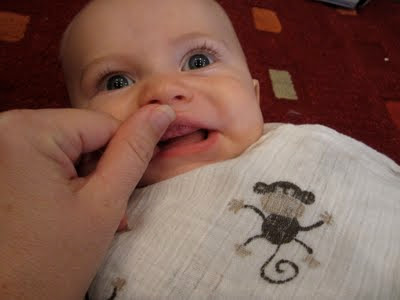 It seems we are entering a new phase of babyhood once again. Only a few more gummy smiles are left. 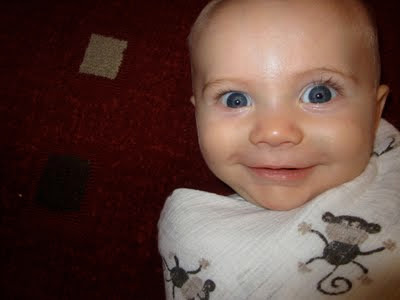 He is rolling and rotating on the ground these days. Jonathan keeps trying to put his knees up under him to encourage crawling. I keep telling Jonathan to stop doing that and let him be little already! He is only 5.5 months after all. 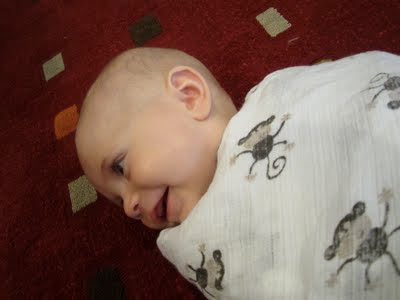 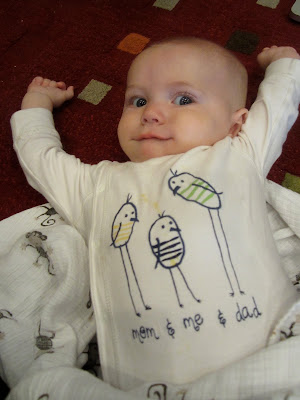 He is enjoying the baby food we are giving him. He eats a big bowl of that twice a day. I clean him or bath him about as many times. :) 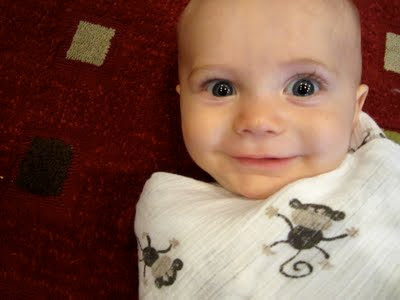 And Harrison is loving being with his family. 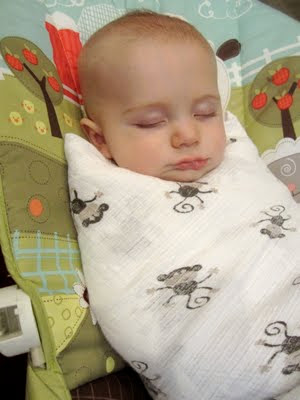 It has been interesting as the girls have gone back to school to watch how that has affected Noble and Harrison. Noble missed his sisters so much that first week they were gone. He kept asking and crying for "Ina" (Sabrina.) He just LOVES her. He often cries for her instead of me. Probably has something to do with the fact that she is such a softy that she can't handle him crying so she will give him whatever she can to keep him happy. 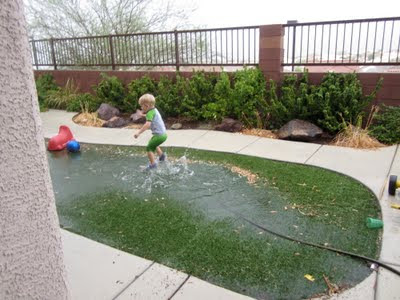 After the rain the other day, our backyard turned into a mini pond, or a really big puddle. Noble had so much fun splashing and playing in it.

Mama is a different story. So Noble has had to adjust to not being able to go to a sister when Mama tells him "no." And Harrison is adjusting to getting lots more attention from Noble. Mama is adjusting to spending lots of time redirecting. ;) 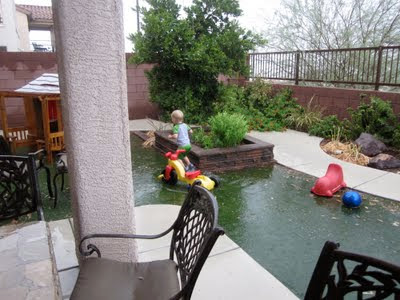 But the other day I had a moment that took my breath away. I had both boys sitting on my lap in the rocking chair. Noble was being silly and telling Harrison "SHHHHH" only he can't make that noise yet so it sounded more like "SSSSSSS" with his finger raised up to his lips. And Harrison was full out laughing every time Noble did it. Then Noble would laugh too and Harrison would laugh more ... you get the idea.

In between laughing fits, there were a few quiet, fleeting moments. In these Harrison would look up at Noble expectantly, and there in Harrison's eyes I caught a glimpse of the look that speaks a thousand words to the heart.

Just after Camille died, I was given the gift of "seeing" through her eyes one afternoon while potty training Lauren. I wrote about it in THIS POST. Lauren was so small then-- not yet 3 years old. And potty training her had been difficult. It often took all my patience and I often felt frustrated with her. But this day, in the middle of yet another frustrating attempt, I just looked at her and saw her the way Camille saw her. And I realized that it was the same way the Savior saw her. I saw her as this amazingly wonderful, beautiful miracle of life and love.

It was the same way I saw Harrison looking at Noble. He had that look -- like he was looking at the most amazing thing ever, something more entertaining and special than anything else. And it was a look of utter love, simple, unconditional, pure, deep love. It was a look of awe and admiration.

It was the look of watching a miracle happen right in front of you.
And it reminded me that everyday I am doing just that.