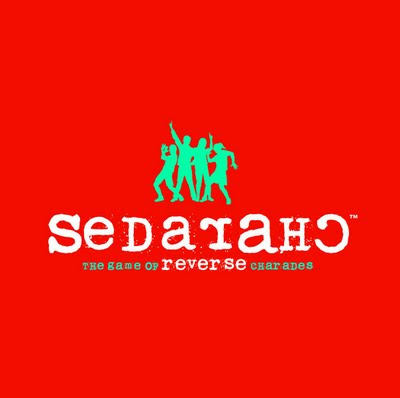 Anyone who knows me well knows how much I LOVE fun party games. I love a good game of Taboo or Charades or Skategories. I had so much fun playing these games with my friends growing up. It is just a source of GOOD CLEAN FUN.
Well one of my very best friends for the past 20 years (wow i can't believe it has really been 20 years) is a guy named Scott Porter. We met on a ski lift at Brian Head 20 years ago. Actually how we met is a funny and crazy story. So I will briefly share in a bit.
First I wanted to tell everyone about a new game he has created with his brother Bryce and a hilarious friend of his Brent Peterson. If anyone knows good party games it is these three guys. Trust me. I have played games with them and there is non stop laughter pretty much the whole time. Here is the email he sent us about his new game.
Subject: It's official: Let the games begin!
Party games have never been this hilarious!
My brother Bryce, Brent Peterson and I have been working on developing a party game this past year and it is finally on the market! Sedarahc—the game of reverse charades! Some of you have already played it and know how outrageously fun it is. It’s an absolute riot with family, work teams or groups of friends practically anywhere and perfect as a holiday gift.
You can purchase it now at the BYU Bookstore or you can get our friend’s discount for $5 off at http://www.sedarahc.com/friends. Feel free to share the discount page with any of your friends or family too. I’m anxious to hear your feedback. (I hope that those that have played games with me before will smile when they read rule #5) :)
Please join our facebook fan club for updates and future promos at: http://www.facebook.com/sedarahc
Thanks!
Scott
I am not a facebook girl but I will be buying this game to try it out. I can't wait! If you love charades or party games like that I am sure it is going to be great. I will let you all know what I think after I play it.
And now for the fun story of how I met Scott Porter ...
I had been hearing all about this guy from all my friends and they all assumed I knew him. But I didn't. I was kinda getting sick of hearing about him.
One Friday night my friend Molly told me all about how her boyfriend left her at a dance because she had danced 3 times in a row with Scott Porter. She kept trying to convince me that I knew him. "You know... Scott Porter.. with the blond hair."
"No, I don't know him."
"Sure you do..."
Anyhow, the next morning I got up early and drove to Brian Head UT with my older brother to go skiing. I was looking to ski with a guy I liked who I knew would be up there skiing that day. (oh the things we do in our youth.) So I spent the first half of the day skiing alone looking for the cute boy --- in a snow suit--- and I didn't even know what his suit looked like. Needless to say I didn't find him.
About noon I went up the single line of the lift and was put on the lift with two high school guys. I started talking to them on the way up. I found out one of them went to the same high school as my brother. So I asked him if he knew my brother or a bunch of his popular friends. When he said no to everyone I figured he was a looser and gave up.
After a few minutes I realized his friend had said he was from St. George. I asked if he was Mormon and they both said "YES!" I turned to the kid from Vegas and said, "You are Mormon, you go to Valley High, and you DON'T know any of those people?" Generally most of the Mormon kids in high school outside of Utah know each other. Or at least they know the more popular kids.
"Oh well I just moved there a couple of months ago," he replied. So then I found out what ward he was in and asked if he knew some of my friend and he knew lots of them. The lift ride ended and he invited me to ski with them. He told me they were playing follow the leader and invited me to lead off. I accepted and got halfway down the hill before I realized thought I had told him my name I had never asked his name. I stopped. He pulled up beside me. I said "Hey what is your name anyway?"
"Scott Porter," he replied. I about dropped down in the snow laughing. SO THIS was the great Scott Porter I had heard SOOO much about.
"Apparently you know Molly Earl too, huh?" I replied still laughing. Then I turned and led off down the hill with him following yelling, "Hey what did she say?"
And thus began a long and adventurous friendship.
by Stephanie Waite at 10:34 AM 4 comments: