For those of you who don't read the comments, a crazy thing happened when I was doing cousin's camp. Jon and the boys went to the aquatic center in Cedar City with my sister in laws and brothers and all the kids under age 5. While they were there a woman named Angie introduced herself to Jon as a reader of my blog.

I get that once every 6 months or so. Jon has had it happen a couple of times. But this woman, Angie, recognized Harrison. Actually, she saw Harrison and thought to herself, "that baby looks like Camille." 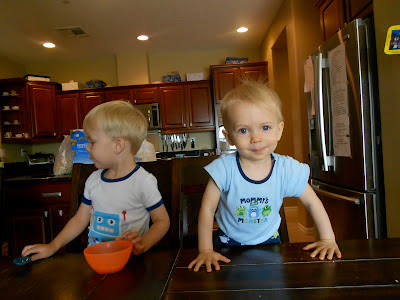 We think that often in our home. But to have someone who has never met us and never met Camille in person see it and recognize the resemblance between them without first knowing that Harrison is Camille's brother ... well it was a pretty awesome way to be recognized. 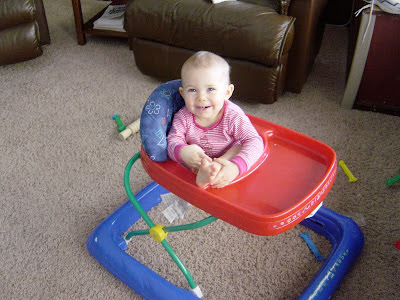 Jon, who was holding Harrison, then turned around and Angie recognized him as my husband and realized then why that baby looked so much like Camille.

Thanks for that Angie. It is a gift. Thank you for letting me know. I wish I had been there to meet you in person and give you a hug. Thanks to those who still read and support. I appreciate you more than my words can express.
by Stephanie Waite at 10:57 PM 2 comments: