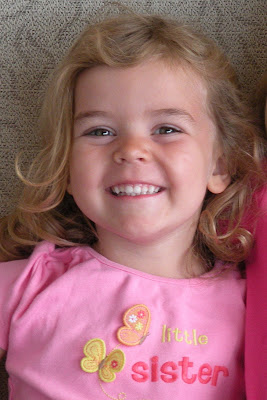 I don't believe in reincarnation. But if I did I would swear that Lauren was my Grandma Harris. I have no doubt that the two of them were great pals between the time Grandma died in 2002 and Lauren was born in 2005. Sometimes the similarities between these two amaze me.
First off, they have the same eye color and they look similar. See the photos above and below. 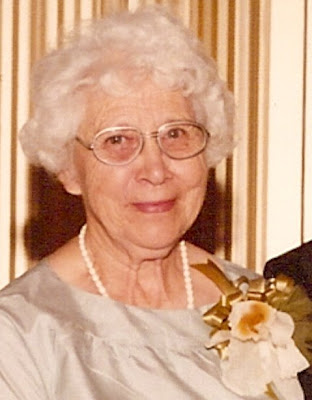 Second - Grandma Harris would always say "Suuuuure" when we asked her something like "do you want a little ice cream?" Lauren often answers "Suuure" and in the same tone.
Third - for better or worse, Grandma Harris had favorites. She just favored some grandkids over others. It wasn't that she was mean to the others but it certainly seemed that she just really LOVED some of her grandkids especially a lot. I think I was one of her favorites. For better or worse, Lauren definitely has favorites. Now her favorites do change frequently, which is saving us, but she definitely will prefer one sister over another or one parent over another or one cousin over another on any given day.
Third - Grandma Harris knew how to do everything the "right" way. When my mom married my dad and went to his parents home for the first time she learned that she was stirring the Jello the wrong way. You get my drift?
Lauren also knows the "right" way to do everything and her sisters, dad and I get corrected all the time. This is far more tolerable from a three year old than from a mother in law. Still, I am wondering how to effectively teach or train this trait out of her. We are working on it. 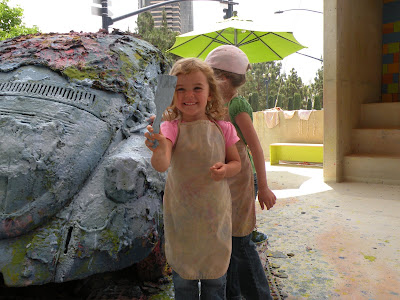 Perhaps the best way Lauren is like Grandma Harris is in her humor. She is the giggliest girl I have ever known. She is the one baby I have ever known to wake up laughing in the morning. Also in the middle of the night if she woke up when she was little, Jon would go rock her back to sleep in his arms. He said that often he would get her almost totally out and then out of no where she would just crack up laughing and wake herself up. She loves to make jokes and be funny. We can almost always get her into a good mood with a little teasing.

Grandma Harris had the most marvelous sense of humor. My mom tells the story of going up to be with my Aunt Shelba when she was in the final stages of ovarian cancer and dying. My mom walked into Aunt Shelba's room and Grandma was in there with her and some others and they were all laughing up a storm. Grandma had the whole room in stitches. My mom resolved then that if she ever found out she was dying, Grandma Harris was the woman she wanted to sit by her side.
I often can almost hear Grandma Harris laughing at me or with me from the other side. She had four girls and then my dad and then 10 years later my uncle. All the time when she was older we would hear her say in exasperation "FOUR girls!!! Four girls I had. Then I got my boy." The 14 months when I was raising my four girls I could hear her voice in my head all the time when I was frustrated or thought I might be going crazy, which was often. Suddenly her words "FOUR girls..." took on a new meaning.
Now I can often hear her saying "then I got my boy." The reason we gave Noble the first name of Morgan is because he is that boy. The boy that came after the FOUR girls. Morgan is my father's name. I wanted Noble always to remember that he has FOUR older sisters just like his Grandfather does. 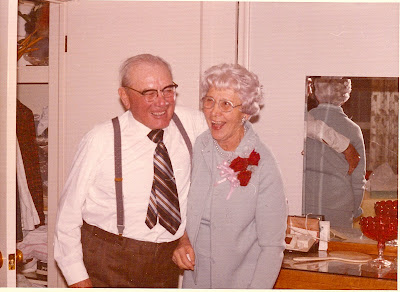 I love this photo of my grandparents. I love that grandad's arm is around my grandmother. I love that they are both laughing so naturally. This photo shows their real personalities once you strip away the worries and stresses of farming and raising kids and sewing petticoats and baking bread and cleaning house. This is how I imagine them now. Only I imagine Camille laughing along with them. Happy, well kept, free of worry, full of joy.
I hope my little version of Grandma Harris can keep this joy and let her humor continually buoy her up through life. I love my little Lauren. She has cuteness all over her face and she always lights up mine.
by Stephanie Waite at 7:25 PM 13 comments: